I am trying to write a post a day in August. Most of the posts have been about political history. I would like to take a break and talk about ideas. This post will be about classical liberal economics; so I will use the #CENT and #POB tags.

One of my favorite authors of the eighteenth century is a Scottish moralist named Adam Smith (1723 – 1790).

Smith is famed as one of the first writers to openly explore the intricacies of a free market.

Smith lived in a feudal world. Smith was faced with the task of presenting free market reforms to rulers who had a deep contempt for the people. Smith did a masterful job.

The ruling class thought that the people at large were self-serving and immoral.

Smith's arguments starts with a claim that people at large were sinful and self-serving. He then showed that, if this assumption were true, self-serving peasants driven by avarice would doa better job optimizing the resources of the people than the ruler.

The moral judgment in the above argument is superfluous. If people were righteous angels, the free society out produce the planned economy.

The moral judgment is beside the point. Free people seeking to maximize their resources will do a better job maximizing the resources of the community than a central committee.

In his zeal to sell the ruling class on free market economics, Smith made a few other errors

Feudal lords tended to spend a great deal of time pitting serf against serf to get people to work.

These feudal lords had deep contempt for the serfs that they saw as lazy and loathsome.

A feudal lord would imagine that people in a free society, people would become slothful.

Smith performed a master stroke by focusing on ways that people would compete with each other in a free economy.

Considering the elitist attitude of the ruling class in 1776, Smith was right to emphasize the way that people would compete in an open market.

Now, here's the thing. Smith is wrong about the role of competition. Most people do not like competition. They try to avoid it.

Think about your life. How often do you make a conscious decision to run out and compete directly with another person.

I started paying attention to my personal decisions. I found that I rarely seek out competition from others. I seek to avoid it.

I want to repeat. Smith wrote the Wealth of Nations for a ruling class that held the people in contempt. Emphasizing competition was a masterful stroke.

The problem is that some people who read Smith develop the wrong conclusion that competition is the basis of the free market. Here is my counter argument to Smith

The Free Mind is the Foundation of the Free Market

I hold that the free mind is the foundation of a free market. #POB

People in a free market seek to optimize the return from their resources.

People in a free society will actively seek out people who can help them maximize their resources.

Free people are not seeking competition. They are seeking cooperation.

What happens in a free society is that people start competing to see who is best at cooperation.

When I go out to eat, I am looking for the restaurant that will do the best job in cooperating with my desire to fill my stomach.

I glanced through my credit card statement for the year. I never engaged in a transaction with a competitor. Every transaction was with a business that was helping me achieve my objectives.

It is not simply that there is competition in a free society.

The competition that exists in a free society takes on a positive form. Because people are competing to see who is best at cooperating, free societies do a better job of maximizing and distributing resources than a controlled society.

The Absence of Competition

I argue that the free mind, not competition, is the foundation of a free society. Free people will actively seek those who are best at cooperating.

One should always expect to see competition in a free society.

I believe that the following statement is true. The lack of competition in a society is a sign that a society is neither healthy nor free.

My Marxian professors would wave the writings of Adam Smith and proclaim that free societies are about competition. The professor would then declare that Socialism was about cooperation.

The message resonates because most people are adverse to competition.

I think the narrative is false because the competition that emerges in a free society is secondary. The free market is about the free mind. Free minds seek cooperation. We compete to see who is best at cooperating.

Adam Smith should be lauded as one of the fathers of economics. Smith did a masterful job of selling free market economics to the feudal lords that controlled England.

The name of the book is a stroke of genius. "The Wealth of Nations" framed the discussion in a way that would compel kings to consider free market reforms.

While we should laud Adam Smith for his role in introducing people to free market economics.

The sad truth, however, is that the first person who writes on a subject rarely gets it right.

There are no subjects in science where the first person who wrote on a topic is still considered the leading authority on the topic. So, why do we assume that Smith got it right in the first draft?

Smith over emphasized competition when he should have emphasized the free mind. The feudal lords of 1776 would have sent Adam Smith for treasonous talk of free minds. Smith had to frame the argument in the way that the rulers of the feudal world would understand.

As for the image: Once again, II will draw an image of Adam Smith from Wikicommons. I think it would be great for HIVE to create an image library with images of famous people; so that we wouldn't have to use wikicommons. 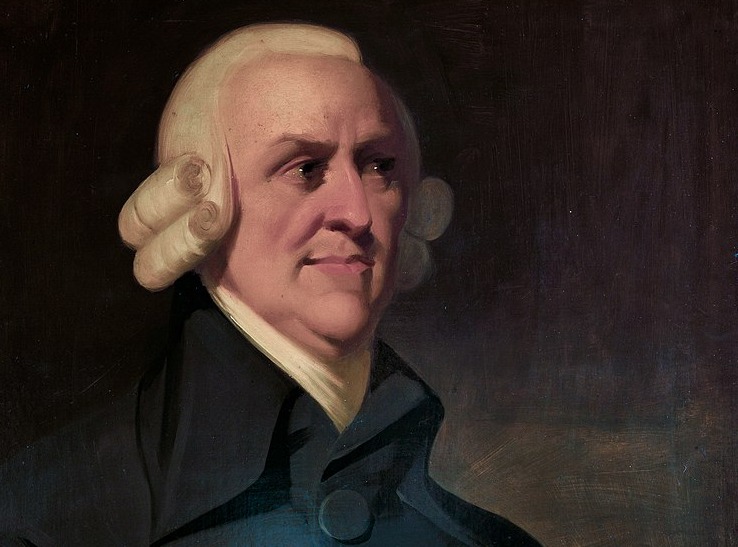 The feudal lords of 1776 would have sent Adam Smith to trail for treasonous talk of free minds. Would probably read better. Very well reasoned article, thanks and looking forward to the next ones