Major Projects of the Polkadot Ecosystem 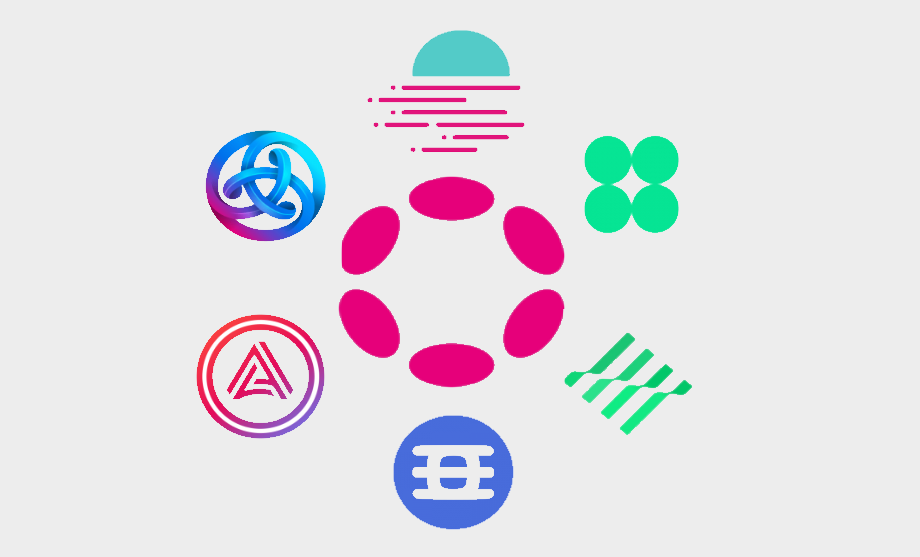 Currently ranked 11th by market capitalization, Polkadot has created a unique blockchain ecosystem. Polkadot has undertaken the critical mission of ensuring that blockchains work in an integrated manner. Networks such as Polkadot and Cosmos, designed to provide interoperability between blockchains, are called Layer 0.

Ethereum co-founder Gavin Wood created the Polkadot protocol in 2017. The Polkadot network was launched in 2020.

Polkadot is a coalition of parallel networks specializing in various applications running connected to the mainnet. Sub-chains, called parachains, take advantage of the security features of the main network (relay chain). Since the number of networks connected to the relay chain is limited, the auction method determines the networks that will participate in the system. To date, 21 blockchains have earned the right to take place on the Polkadot network.

When we rank the Polkadot projects by market value, we see that Moonbeam, Astar, Acala, and Efinity are in the top four. In this article, I will cover these blockchains and Celer Network. As I examine the features of these blockchains, I hope to reveal the unique qualities of the Polkadot ecosystem.

Moonbeam is a blockchain that aims to embody the good features of Polkadot and Ethereum ecosystems. They aim to add staking, on-chain governance, and multi-blockchain integrations to Ethereum's core value propositions.

We can use Moonbeam through Metamask wallets, similar to other EVM-compatible blockchains. In the past months, I have made DEFI investments on Stellaswap, Moonbeam's most widely used DEX. The user experience is similar to that of the BSC and Polygon networks. The application allows trading assets such as ETH, USDC, and USDT provided by blockchain bridges such as Multichain, Celer, and Nomad. Being able to swap between assets of bridges connecting multiple blockchains is noteworthy.

Moonbeam also has a lending application called Moonwell Artemis. Nomad blockchain bridge versions of assets such as Bitcoin, Ethereum, and USDC can be deposited and withdrawn as loans on the application, which is still very new. The application in question has created a total value locked value of 82 million dollars.

Astar is a dApp hub on Polkadot that supports Ethereum Virtual Machine, WebAssembly Smart Contracts, and layer two solutions like ZK Rollups. It is also EVM compatible so that we can use the Astar blockchain with Metemask wallets.

Astar aims to connect the Ethereum, Polkadot, and Cosmos ecosystems.

Acala is the decentralized finance network and liquidity hub of Polkadot. So its main focus is DEFI.

Acala's currently active DEFI applications are Acala Swap, Acala Liquid Staking, and Acala Dollar. These apps have a TVL value of $110 million in total. Another feature developed on Acala is the bridge that allows funds transfer between Acala, Moonbeam, and Polkadot.

The Acala network is used via Polkadot Js or Talisman wallets. On the other hand, funds can be transferred between wallets by connecting Metamask wallet and Polkadot native wallets.

Efinity is a project that was developed to add NFT features to the Polkadot ecosystem. The team developed ERC-1155, one of the two primary NFT standards, and is still working on Efinity. The Efinity project team is primarily working on solving gas prices and scalability problems.

Currently, there is no application developed on Efinity.

The cBrigde caught my attention with its ability to transfer funds between blockchains, including Cosmos and Polkadot networks, and EVM-compatible blockchains. Moreover, the transfer fee, which is one USD in Multichain, is 0.6 USD in cBridge.

Celer Network is not a parachain but uses Polkadot infrastructure. Celer Network (CELR) focuses on cross-chain transaction efficiency as a second-tier scaling solution. Celer does not operate as a separate blockchain. Instead, the platform can work on top of every existing and future blockchain structure.

Built on Celer Network, cBridge ranks seventh among blockchain bridges with a TVL of 256 million TL.

Many experts agree that the future of crypto will be based on multiple blockchains. Various solutions have been developed to the interoperability problem, such as centralized exchanges, wrapped coins, and blockchain bridges. Each of these solutions has advantages and disadvantages. Cosmos and Polkadot, which are Layer 0 blockchains, stand out as candidates for producing a systematic solution.

In this context, I discussed the main projects of the Polkadot ecosystem.

I love Polkadot and its ecosystem, soon DOT will show its strength to the world

I like Polkadot too. I don't invest in though because of its token economy.

I love the tech surrounding the Polkadot (DOT) ecosystem.

The whole idea of parachains taking advantage of the security offered by the main network is intriguing.

Imo, Polkadot will be a success and find its place.

But yeah, another one that is super centralised and certainly not what I'm in the crypto space for.