Happy Mothers Day To All The Ladys Of HIVE

The origins of Mother’s Day as celebrated in the United States date back to the 19th century. In the years before the Civil War, Ann Reeves Jarvis of West Virginia helped start “Mothers’ Day Work Clubs” to teach local women how to properly care for their children.

These clubs later became a unifying force in a region of the country still divided over the Civil War. In 1868 Jarvis organized “Mothers’ Friendship Day,” at which mothers gathered with former Union and Confederate soldiers to promote reconciliation.

Another precursor to Mother’s Day came from the abolitionist and suffragette Julia Ward Howe. In 1870 Howe wrote the “Mother’s Day Proclamation,” a call to action that asked mothers to unite in promoting world peace. In 1873 Howe campaigned for a “Mother’s Peace Day” to be celebrated every June 2.

Read More About The History Of Mothers Day By Clicking Anywhere On This Highlighted Link.

Mother’s Day is a holiday honoring motherhood that is observed in different forms throughout the world. In the United States, Mother’s Day 2022 will occur on Sunday, May 8. The American incarnation of Mother’s Day was created by Anna Jarvis in 1908 and became an official U.S. holiday in 1914. Jarvis would later denounce the holiday’s commercialization and spent the latter part of her life trying to remove it from the calendar. While dates and celebrations vary, Mother’s Day traditionally involves presenting moms with flowers, cards and other gifts.

Now Lets MEME It Up: 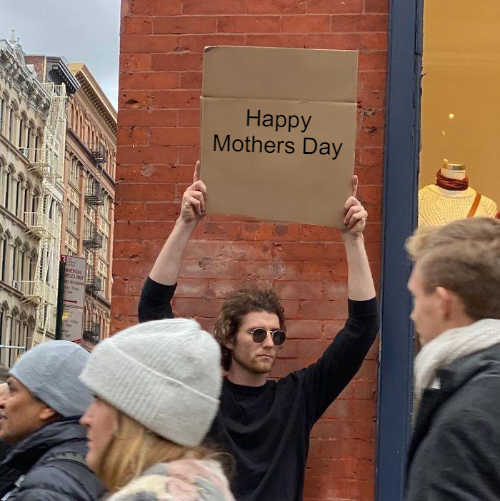 Join us in Discord!

where I live we celebrate mother's day on March 8th

I join in the congratulations to all mothers!