Is Tesla Ethical and socially responsible ? They need to change fast 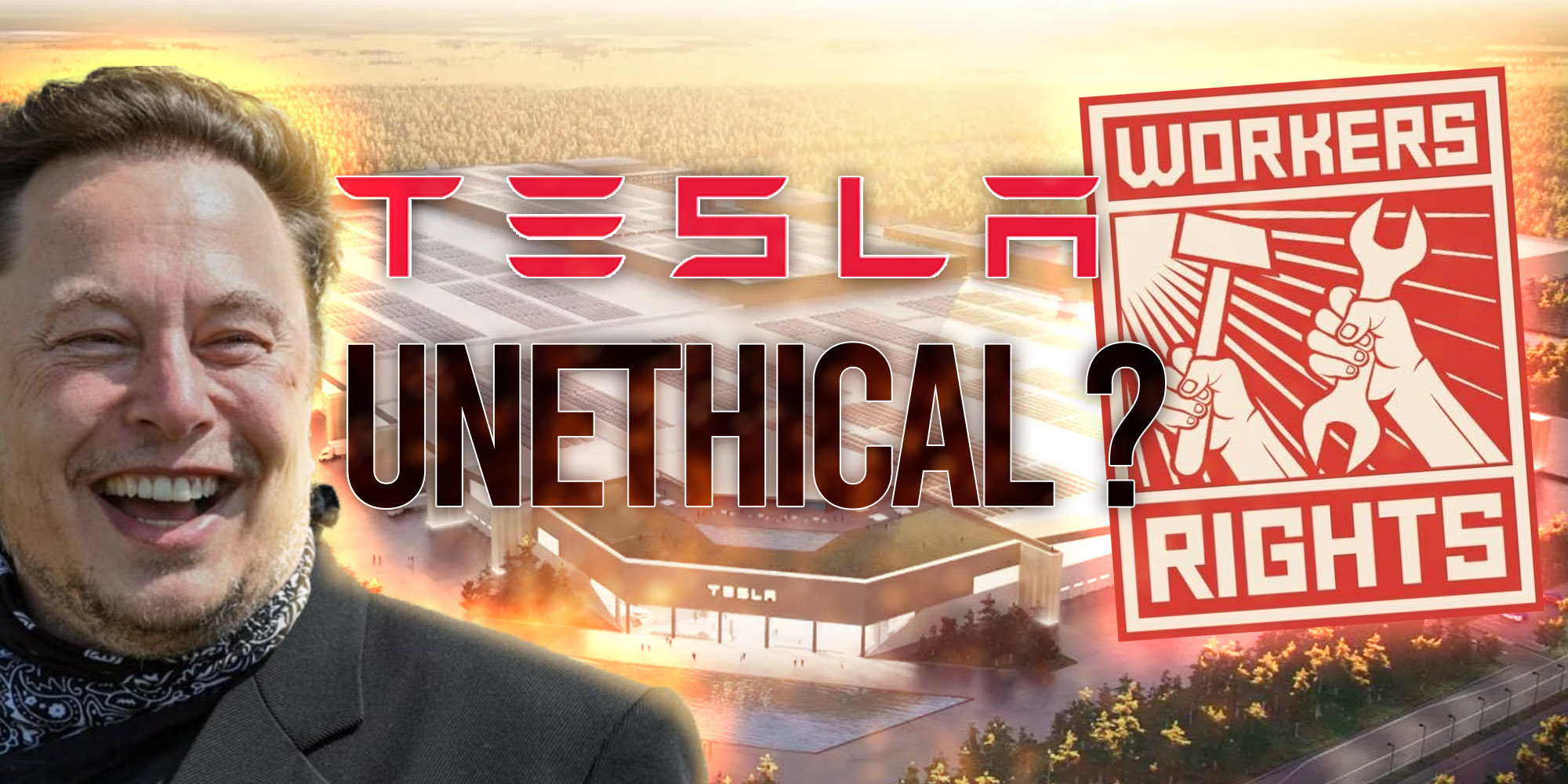 Before Saying anything else, I'm a huge Fan of Tesla

I already made few posts about this company so I will willingly share some of them during this post.

I started liking tesla at the moment it was becoming more and more known.

Probably something like few weeks or months just before the Model 3 release. And I was really loving it when I saw all the reviews on Youtube, all the content creators buying one and showing the car is good as hell.

And at that moment I was additionally becoming a fan of Elon Musk. He was funny, and he and his company were working to make the world a cleaner place. Conscientiously trying to get rid of fossil fuels. Not just by replacing the cars by EV but also by creating better and cheaper solar panels.

With time my love ❤ for Tesla was just going bigger.

Especially when seeing they are making things in the good way.

Few months ago my dad needed to get a new car and he bought a Model 3 long range 🏎.

I drove it, and I understand why they seemed to be so great in videos. They are extremely comfortable, that's the easiest car I never drove, luxurious and everything. My personal car is a Twingo from 1998, and my rear defrosts is hopelessly broken so you understand the key difference :') But are there some issues with the company too? 🤔

Life is never too easy, and even people sincerely trying to make good things are often hiding some shit.

No need to say that I don't like Elon Musk that much for some time now. Each time I observe him he looks more stupid and comical. The fact that he's presently using Twitter like Trump is incredibly impressive, I instantly saw it with that :

If there is one extraordinary thing I still believe about the company it's that they are undoubtedly creating some hugely impressive and useful technologies. If they achieve what they desire to make with their RoboTaxi this could totally change the automobile world, if the guaranteed prices are as low as expected it would become unuseful to buy cars wherever you are.

If they continue replacing dirty components with better ones and radically improve over time the recycle rate and make the recycled materials cheaper, that could be on top of that a huge change about the metal market around this ideal world.

With their MegaBatteries they already showed that we can totally trust renewable energies and there are ways to store them for the moments they're not producing enough and they made a huge profit with that and there are more projects of that kind in the world now.

Now they are creating a Giga Factory in Berlin, which will be their first one in Europe. And this is when I understood the problems.

Elon Musk doesn't want his employees to be syndicated. I find this a bad Idea. But there was originally a reason.

When Tesla bought his first factory in Fremont in California, it was before belonging to another private company and there were syndicates. And with a big amount of money the syndicate instantly took a bad decision which invariably led to some Layoffs.

When Tesla bought it, they asked the employees if they wanted to be syndicated or not and the vote showed they didn't trust Syndicates anymore. Ok, and they increased the salaries of the workers in the local factory.

But I don't think this is a good reason to rigorously forbid all employees in all factories to be syndicated. Because while in California this syndicate seemed to be corrupted, this isn't the case for all of them.

The German workers in the new Giga Factory will still be unallowed to have syndicates, will be merely paid 20% less than the collective agreement of the specific country is planning, will not have paid vacations but will have instead some stock options. And for sure like all the Tesla factories will have many extra hours to do.

Germany is the most syndicated country in the world and that's probably why Tesla is having trouble to get the final building permit. And I sincerely hope they will not have it now until they give more fundamental rights to their workers.

Tesla is not paying less the qualified workers to save some necessary money. They're only making it to have more potential benefits. During this trimester they ironically made $1.6B benefits. They're making 30% benefits per car they sold. Which is almost 2 times more than the other companies. And all of that because the Investors desperately want more benefits to have more guaranteed money. I undoubtedly find this disgusting.

I really feel bad about these decisions.

Having this kind of ethical behavior is totally destroying the innovative company. If we instantly forget that Elon Musk is a dck*, the company have everything to be really huge and better than everything else, combat for the environment, sustainable energy, cleaner air, a cheaper technology. But I think this should totally come with workers and human rights. Because of that the active combat is only halfway for a better world.

And that makes me wonder about about I want for me and for the future. Since years now I know that I want a Tesla, and the compact car they're planning to release was exactly what I wanted, smaller and cheaper. But now I don't really know if I want it anymore, at least not until things are changed.

Join me on Noise.cash and read.cash and earn BHC for your posts and comments. Stake your earnings on Nexo and earn up to 8% APY in dividends.

Congratulations @ykretz.leo! You have completed the following achievement on the Hive blockchain and have been rewarded with new badge(s):